Diosdado Cabello, President of the National Assembly, Vice-President of the PSUV, and host of the Venezolana de Televisión weekly show “Con el Mazo Dando,” announced yesterday that warrants have been issued for the arrest of Henrique Salas Römer (ex-governor of Carabobo), Gustavo Tarre (constitutional lawyer), and Robert Alonso (opposition activist), for their participation in a plot to kill President Maduro.

Cabello also alerted that the “Venezuelan right is still promoting international contacts to gain support for their magnicidio and coup plans.” As an example of this he mentioned that Adriana Chacín, leader of opposition party Voluntad Popular, and David Smolansky, opposition mayor of El Hatillo, traveled recently to Panama in order to “acquire financial support for [violent] street actions.”

Cabello made several more accusations of conspiracies by the opposition, for example: the opposition is planning to barricade streets on 5 July (Venezuela’s Independence Day). The opposition is also, according to Cabello, calling on people to attend a ceremony to “soil the flag to the nation.” 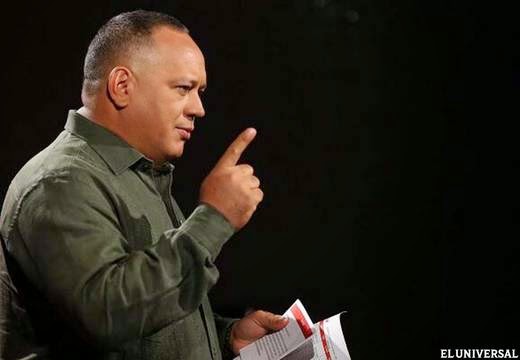