A good summary of the basic points of the Bolivarian Revolution’s political religion is given in the following paragraph taken from the web page of the Agencia Venezolana de Noticias:

"That February 2 [1999] Hugo Chávez addressed the people in the Paseo Los Próceres of Caracas. He had reached the presidency with 56.20% of the popular vote of the elections of December 6, 1998. [That day] the majority of the Venezuelan people resumed the Bolivarian project and dream of regional unity truncated in 1830 by the death of the Libertador Simón Bolívar and the dissolution of the Gran Colombia."

The article is a note commenting on the 15 anniversary of the beginning of Chávez’s first presidency commemoration. The article quotes from President Maduro’s discourse, but the paragraph above is a commentary by AVN, a public news agency.

The main elements of the official Bolivarian narrative in the paragraph are:

First: The Bolivarian Revolution led by Chávez, and now by his chosen successor Nicolás Maduro, is legitimated in its origin by popular democratic vote.

Second: The founding act of Venezuela occurred during the historical period of the War of Independence and the brief constitution of the Gran Colombia. Its main character/demi-god/civilizing hero is the Libertador Simón Bolivar.

Third: The physical death of Bolívar (1830) was followed by the treason and suspension of History. The treason was committed, not by the Venezuelan people, but by the oligarchy and the Empire (Chávez and Bolívar according to this narrative were both assassinated by the Empire.)

Fourth: Venezuela’s true history has been resurrected by Chávez, thus turned into a resurrection of Bolívar himself. Chávez/Bolívar has reenacted the original independence struggle in illo tempore and restarted history. 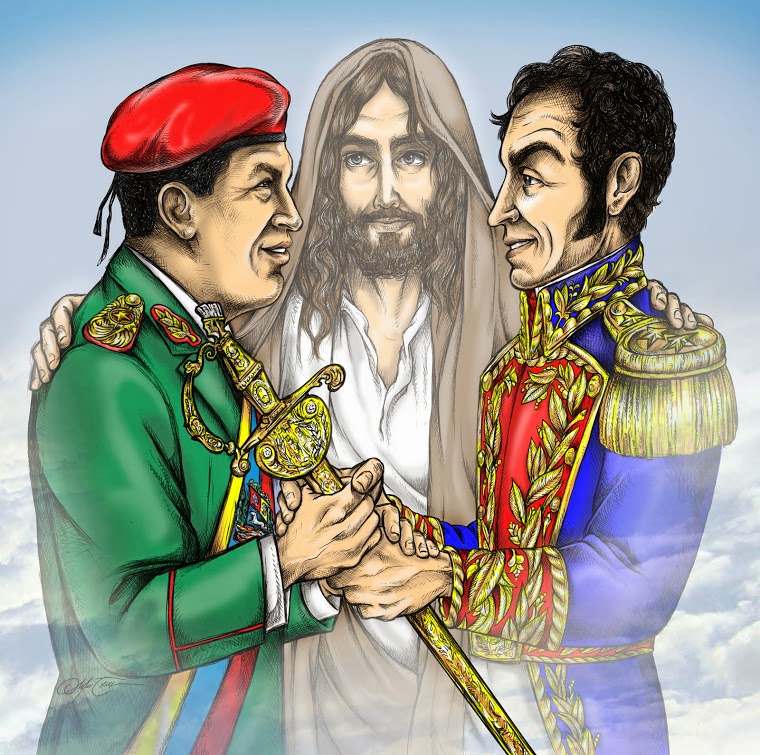